Join us for dinner October 22nd – 26th as we support No Kid Hungry, a national campaign to end childhood hunger in the United States. We’ll be offering a 3-course pre-fixe menu by executive chef David Kelsey with a portion of the proceeds benefiting No Kid Hungry. Menu is $40 per person. Call 513.578.6660 for reservations.

About No Kid Hungry

One in seven children in America faces hunger. No Kid Hungry is working to end child hunger in America by ensuring that all children get the healthy food they need every day to thrive. No Kid Hungry is a national campaign led by Share Our Strength, a nonprofit working to solve problems of hunger and poverty in the United States and around the world. The campaign was initially launched in 2010 after 25 years of investment in local nonprofits to help find the approaches to eradicating poverty and hunger. 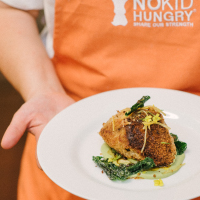